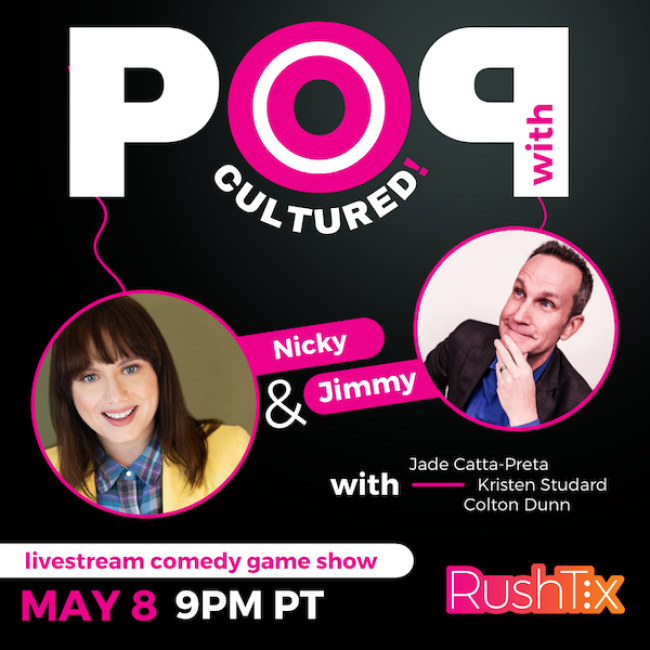 While the world takes tiny baby steps bringing in-person entertainment back to the masses, you can still rely on the internet to satisfy those immediate comedic urges. Hey, don’t be dirty (not that there’s anything wrong with that)! Saturday, May 8th LIVE on RushTix Comedy, enjoy LA’s premiere comedy gameshow for another fabulous POP CULTURED good time. For those not in the know, the movie-themed Game Show invites THREE comedians to compete in a variety of improvised comedy games in which only one champion can crawl their way to the top. The show will be hosted by Nicky Urban (America’s Got Talent) and judged by none other than comedian, host and podcaster Jimmy Pardo (Never Not Funny, CONAN). This month’s contestants include:

AND RETURNING Champion, Kristen Studard (I Think You Should Leave, Who Cares About the Rock Hall‪ Podcast)

Get to living with some comedy streaming! Ticket info below.