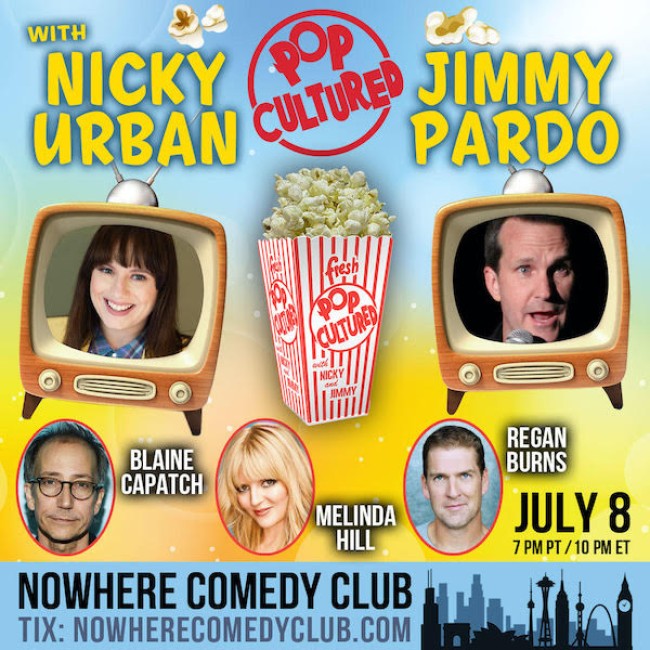 LA’s premiere comedy game show, POP CULTURED, returns Thursday, July 8th in all of it’s madcap, live-streamed glory! At Nowhere Comedy Club, you’ll be treated to three comedians competing in a variety of challenges, inspired by movies, TV, music, and the internet. The competitor who possesses the most knowledge will be crowned most Pop Cultured! Your host for the evening will be Nicky Urban (America’s Got Talent) and your judge extraordinaire will be none other than Jimmy Pardo (Never Not Funny, CONAN). When not performing comedy host Nicky, sings, writes, and acts, AND has been featured on America’s Got Talent, Tosh.0, Funny or Die and WhoHaha. Pardo is a season vet of comedy clubs and late-night television, who’s appeared on programs like The Tonight Show, Comedy Bang! Bang!, @Midnight, Maron, and Monk! Now that you know they’ve got the comedy chops, we will let you know which contestants will be battling it out this month:

Don’t miss out on this exciting and hilarious event!