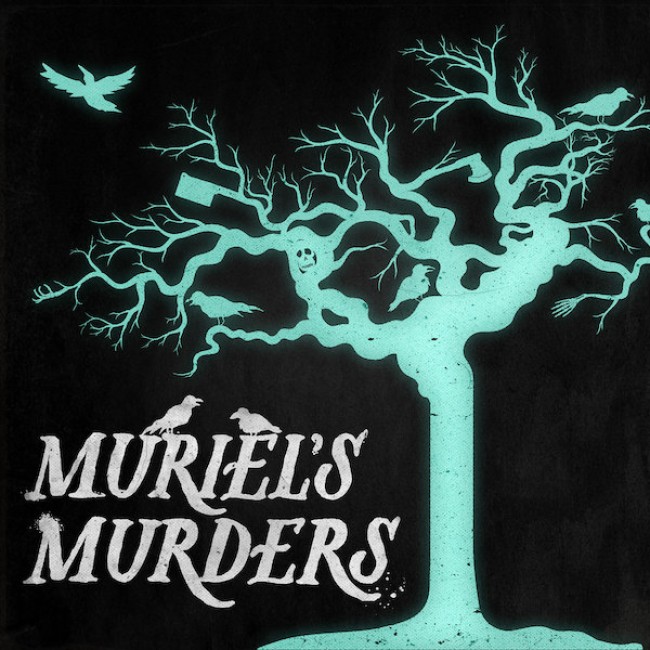 If you are looking for something to distract you from your seething anger about the Dexter: New Blood finale, may we suggest exploring some true crime tales with MURIEL’S MURDERS podcast? You will soon be totally hooked to the podcast that features true crime aficionado and comic Muriel Montgomery who, each episode, uses wonderful storytelling and humor to relay to her comic husband Nick Casalini every captivating detail of a crime he is extremely reluctant to hear about. Muriel REALLY does her research each week, drawing the listener in by creating a descriptive picture of the time period, the place of the crime, and the history of the victims and suspects, PLUS, inserting a red herring or two to throw Nick off the investigative path. The new year of Muriel’s Murders began with a two-part mystery about an Australian case that, according to Muriel, has yet to be covered by any other American podcast! Muriel’s coverage of the Margaret Chandler & Dr. Bogle case is based on information from Peter Butt’s book “Dr. Bogle & Mrs. Chandler: The Confession.” Yes, he will soon be the “butt” of many a joke.

EPISODE ONE of the podcast covers the background of the case, exploring the “beatnik” emergence of the anti-authoritarian PUSH movement in New South Wales, the free love spirit of the movement, Dr. Bogle’s work with ruby masers (not to be confused with shark lazers), the needle blanketed banks of the crime scene, and the list of suspects that were linked to a NYE party, the Sheoaks laced river, PLUS those pesky past relationships. There’s also a truly baffling piece of evidence, a Picasso-like crayon drawing found in an important vehicle near the crime scene. What could it mean?!!! All we know is Muriel & Nick are on the case!

For EPISODE TWO, all the strings of this puzzle are joined as Muriel breaks down Butt’s novel, and explores the head-scratching theories that have evolved over time. The episode’s discussion includes references to LSD, MK Ultra, a covert chemical weapons program, the equally intriguing case of a nearby spy murder case, the discovery of a “rat” informant, and the most likely, jaw-dropping suspect of them all. No spoilers, but this episode will have your nose wiggling uncontrollably!!! Who could have predicted Nick’s reference to the “farting swamp in Labyrinth” would become so relevant to the case?! Do yourself a solid this weekend and dive into a mystery you’ll be thinking about for weeks, thanks to the thorough, fascinating (and often quite comforting words) of your hosts. Enjoy!