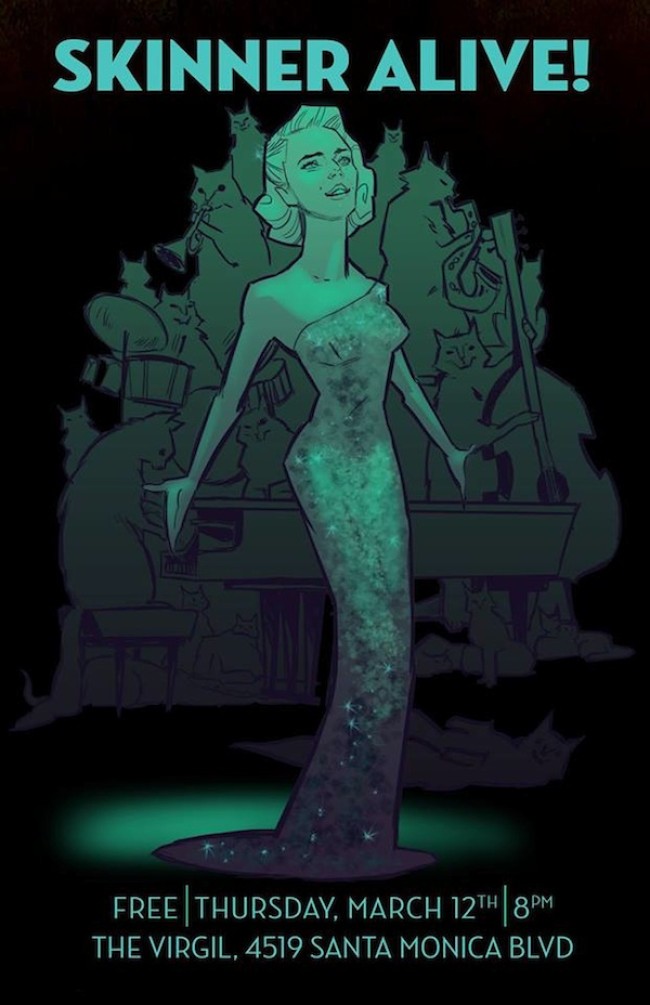 Tonight, March 12th, at The Virgil a huge takeover will be in action. The fabulous writer/director/producer/director/editor/COMEDIAN ELIZA SKINNER is taking the reigns of Big Money to do a long set with musical director Scott R. Passarella. The show will be hosted by Bryan Cook, but we all know Skinner’s the star this night. The drinks will be flowing, the music will be blasting, and the jokes will be free-wheeling. GO to Skinner Alive! lest you be dragged!