Video Licks: ‘Through The Door’ And Into The Looking Glass 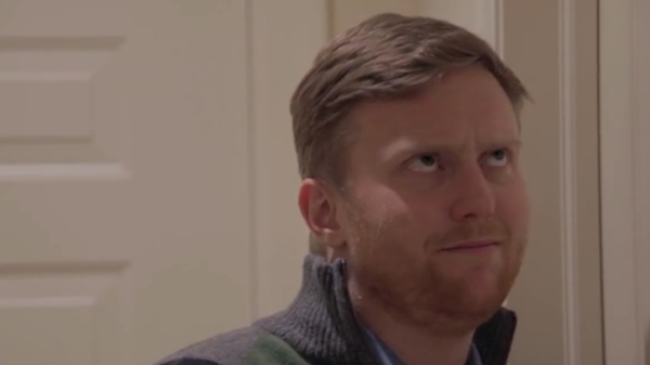 Ever locked yourself in the bathroom because you and your significant other had a tiff? Of course you have! It happens to the best of us. Sooooo, that means you’ll be highly receptive to Andy Kushnir’s THROUGH THE DOOR series. The 4-5 minute episodes focus on those unintended moments that really put relationships to the test. Each episode features a different couple who tries to talk out their unwelcome situation through a door. Clever! Are you most like the pair that squabbles over eating food in bed or the one with a smelly “wind” problem? Find out now! (WARNING: Some adult subject matter and fun sweaters.)

Mentions: Through The Door was accepted and nominated as “Best Sketch Comedy Series” for the Miami 2015 Web Fest. It was directed by Michael Malarkey (Young Couple, WeirdCopcept Album, Funny or Die) Get more Through The Doors deets HERE.