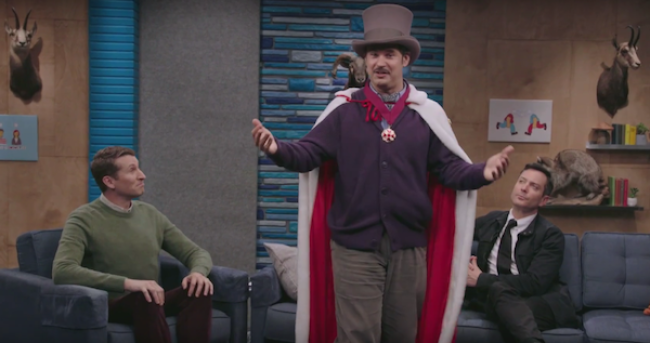 It’s always a grand occasion when Lord Andrew Lloyd Webber drops by Comedy Bang! Bang! This time the composer and impresario delights us with a most catchy rap about one of his most spiritual musicals. We didn’t know he had it in him!