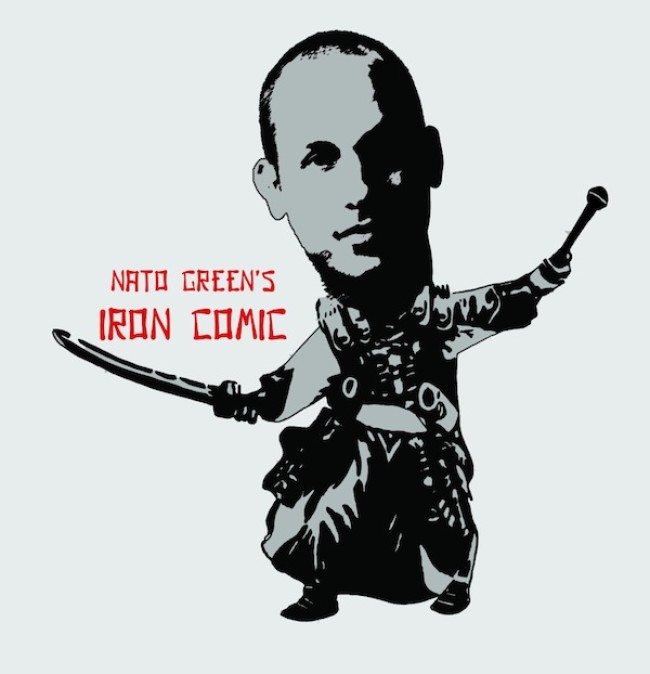 Hope you are ready for a comedy game show like no other. IRON COMIC is making it’s way to NerdMelt Friday, September 18. Comedians are sharpening their razor wits at this very moment! OK, maybe not quite yet, but there will be four comedians rapidly writing routines in 8 minutes from topics suggested by the audience. That’s as hard core as it gets! At the end of each show, an Iron Comic will be selected. If you haven’t guessed already, the show is inspired by Food Network’s Iron Chef, without the utensils or edible masterpieces. MOSHE KASHER and NATO GREEN will be your choice hosts for the evening, with music accompaniment from DRENNON DAVIS. The comedic competitiors include:

Iron Comic has already been a success at San Francisco’s Make-Out Room and has gone on to please audiences at Largo, UCB, Voodoo Comedy Lounge in Denver, the Bridgetown Comedy Festival and SF Sketchfest. Don’t miss out on this hilarious rivalry!