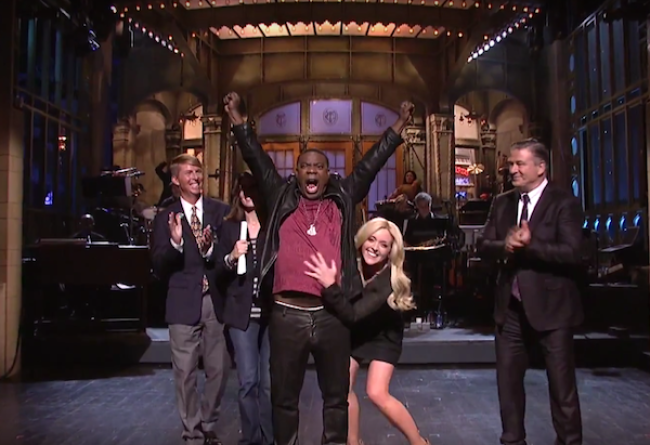 TRACY MORGAN was back at Saturday Night Live this weekend and, boy, was he better than ever! With the help of his comedy family, fans and loved ones, Tracy has made a miraculous recovery from a horrible accident. The former cast member’s opening monologue demonstrated his appreciation for all the support he’s received. He also proved that that he’s still got that comedy magic that made him a star. Watch a prophetic 2012 episode of 30 Rock where Tracy’s comedy family shows him they’ve got his back.