Tasty News: Kickstarter Campaign For Pilot of RIDING THE D WITH DR. SEEDS 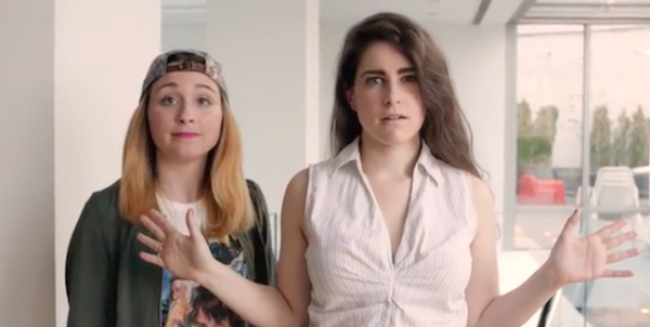 Hey kids, did you hear the news about the L train? Sure it may be the largest disruption in the New York transit system’s history but, thankfully, that won’t stop Riding the D train with Dr. Seeds. Last year we gave you a taste of the determined, non-licensed psychiatrist’s penchant for giving unsolicited aid to train goers. The series left us with many questions regarding Dr. Seeds. Did she ever actually help any of her “patients”? Did she ever have a license to practice mental health healing? How did her association with the Man in the Yellow Hat come to be?

Thankfully, we’ll soon be getting the answers we seek. Creator and star Sarah Seeds, in conjunction with Edge In Motion, Infiniti Features and Sarah Seeds Productions, is crowdfunding a PILOT for the series. With the success of the five episodes filmed last summer, the Dr. Seeds team hopes to raise enough Kickstarter funds to bring you a pilot that can then be shopped to various networks, distribution outlets, television festivals and beyond. Creator Sarah Seeds, experience user of the mass transit system, is a bicoastal actress who’s appeared in a variety of TV program, webseries, films, off-broadway plays, and national voiceover campaigns. You may recognize her from the comedy series Wildcats (which we just so happened to feature on Comedy Cake). Support this project rich in talent in any way you can.