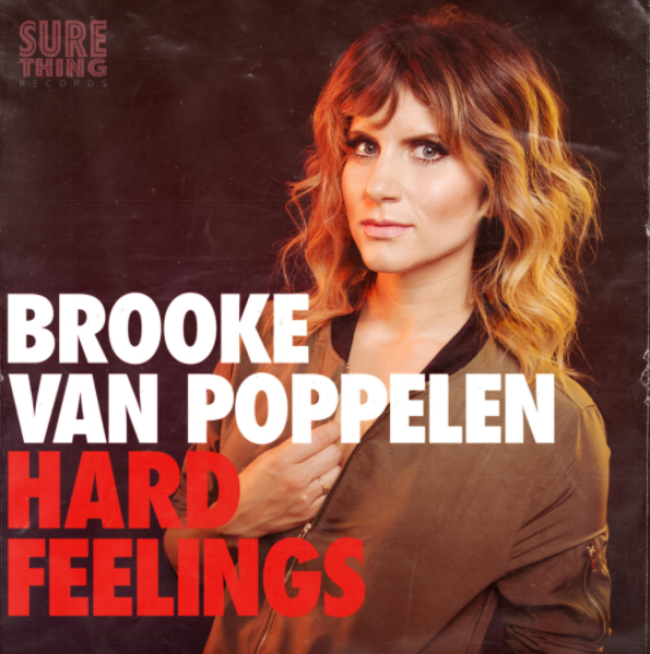 Brooke Van Poppelen’s debut stand-up album HARD FEELINGS paints an amazing picture of what it’s like being a young single woman that struggles with anxiety, binge eating, and being so single that one deems their lady parts as “good china.” She’s the quirky co-host of Hack My Life on MTV and has appeared on various late night shows as a hilarious guest. Throughout the album, she briefly mentions a bit about growing up in the suburbs of Detroit and it’s comparison to living in New York City.

From the beginning she’s down to earth and honest about living as an anxious woman. Brooke starts by talking about how she’s nervous and excited today and anxious ridden. She mentions she’s wearing her favorite deodorant and says, “so you know thats not working,” which creates some laughter in the crowd. Brooke starts to open up more about body oder and natural deodorant that just doesn’t smell appealing either. She starts off strong telling the people in the front that she’s sorry it’s going to be a real “scratch and sniff adventure.” Believe me, it was. Brooke confesses that she would much rather sit in on Saturday nights looking at pet finder profiles than waste time on dating sites. She continues her act with commenting about how women are finally getting recognized in comedy, how east coast vs west coast compares in beach attire, and, my personal favorite, how crazy salad restaurants have become. From all the insane choices of toppings to the intimidating salad chef glaring at you – new salad chains are a fountain of anxiety.

Almost every track is topical and harps on the stressful life of being a young woman in a crazy world of social media, weird new ways of dating, and new apps that track your period. The end of the album sums up her family life, her group text, and her mother’s obsession with wine and wine decorations. Overall Brooke Van Poppelen’s first comedy album gave me a ton of familiar feels being a young woman myself. Released on Sure Thing Records, you can find her album on all digital platforms.