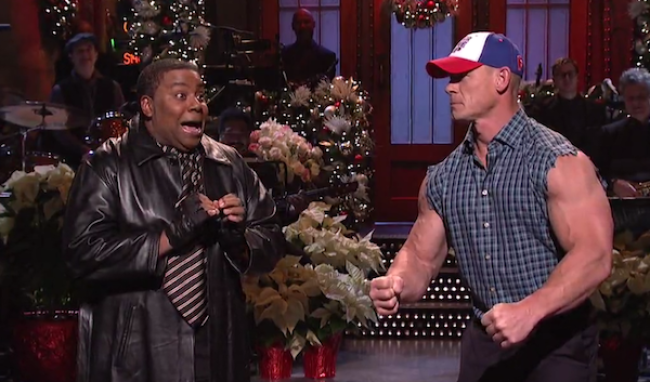 This weekend, professional wrestler, actor and reality TV host JOHN CENA hosted Saturday Night Live. While Cena just wanted to start the show with some Christmas tunes, the cast had a different idea. So much for keeping that wrestling persona under wraps! Bobby Moynihan, Leslie Jones and Kenan Thompson are ready to smackdown!