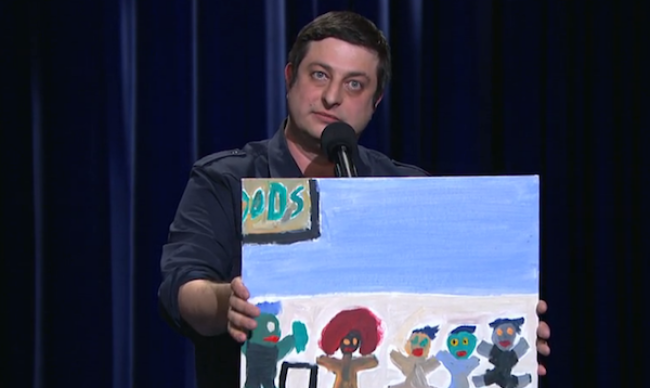 You know him. You love him. He’s the voice of Gene Belcher on Bob’s Burgers. YES, Eugene Mirman made his Late Night with Seth Meyers debut and it was glorious. As a true professional Mr. Mirman transitioned flawlessly past a near miss of executing his “Get Out of Hell Free Card” joke, endearing the audience to him even more. You will not want to miss Eugene’s locally inspired artistic creations he would like displayed at the Whole Foods market. Enjoy!