Video Licks: ‘Ross and AJ are Bad at Science’ in A New Episode of THE MANY WORLDS OF ROSS & AJ 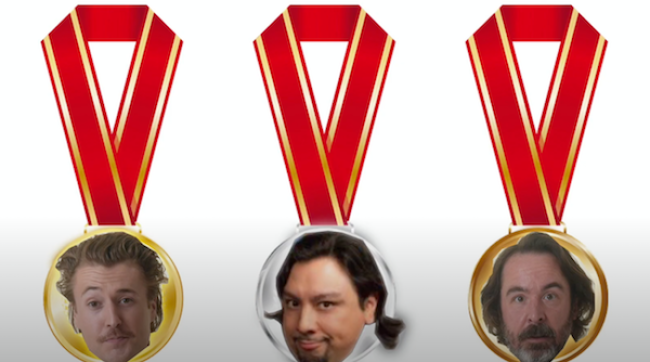 Are you watching the The Many Worlds of Ross and AJ yet? What the heck are you waiting for, a new, life-changing scientific theory to force some sense into you? In the latest episode of the series, created by and starring AJ Lubecker & Ross Kelly, our protagonists find themselves in a totally new world where they are front runners for an esteemed grant devised by the brilliant Quavon Lusche. The grant is given every five years to a scientist underpresented in mainstream science. This time the THREE candidates vying for the prize are String Theorist Ross Candlebaby, Fat Dearther Ay Jyaay, and Bob, a proponent of gravity. The front runners Ross and Ay Jyaay have agreed to be profiled before the winner is announced. Will Ross’ 9 billion Calcium unit string viewer be the next hot tech item? Do masses of people actually create the hills and dips that cover the very floaty planet? Will Bill be the fly in our front runner’s ointment? Only ONE way to find out! Enter the parallel universe of THE MANY WORLDS OF ROSS & AJ! Enjoy Ross and AJ are Bad at Science now!