Layers: Our Tribute to ‘The Jeselnik Offensive’ 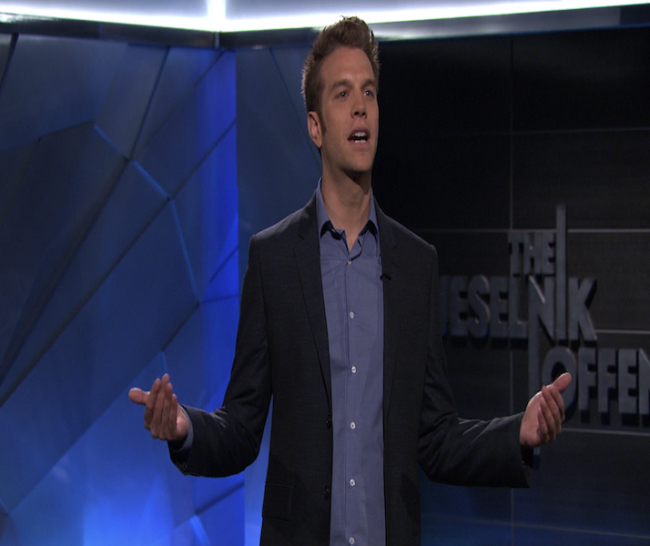 Over the weekend Anthony Jeselnik announced the cancellation of his Comedy Central show The Jeselnik Offensive at the New York Comedy Festival. Sadly, it was confirmed yesterday. I must say I was more than a little shocked to hear the news. For two seasons Jeselnik stirred up controversy more than Daniel Tosh on acid. Jeselnik took the freshest news and gave it his personal sordid touch. I thought I’d take a short trip down memory lane to remember the darkness, the laughter and the guests.

Jeselnik asked “Who wore it better?”

Fad Bashing was all the rage

Kumail Nanjiani had fun with ice

Mantzoukas and Leggero rocked the “Best Worst Thing of the Week”

and then lit up the stage

Farewell, The Jeselnik Offensive. Your only crime was flying too close to the sun. http://t.co/JthyIAsljm